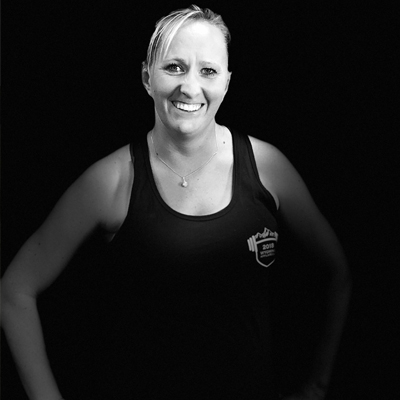 I have lived in Wyoming my entire life. I was born and raised in Casper Wyoming and moved to Gillette during college. I graduated from Casper College with an associate degree in applied science in Radiography which later led me into Nuclear Medicine. In 2011 while training for a half marathon I found CrossFit. My first WOD was a scaled 30 version of the “Filthy Fifty.” I did ok until the burpees and then had to run to the bathroom to compose myself. I guess you would say I was hooked and never looked back. I have always been an athlete. I ran track and cross country in high school and ran several half marathons after college. However, I had no idea what an “all around fitness” really meant until CrossFit came into my life. In 2013 I decided it was time to advance in the sport and I completed the CrossFit Level 1 Certification. Being a coach is something I always dreamt of, however I had no idea how it would truly change my life. The feeling I get from watching someone master their first box jump to watching someone placing in their first competition is a feeling like no other. The comradery that I have found in CrossFit was unlike anything I had ever been a part of, being a part of this community makes it possible to achieve anything you put your mind to.